This entry’s copy was lost so I can only share the basics. This was pencilled by Mitch Ballard and it was my 4th time inking him. It was part of a 3-piece package for my Namor fan Jeff and this was my 16th from him. I used brush, markers, razor blade scrapings and some white dot zip in the background for water currents over the silhouetted Altantean cityscape. The 11X17 composition portrays a raging Namor confronting the villainous Lyrra after having defeated her allies Orca the Human Killer Whale and Tiger Shark. Completed sometime between February and August 2005.

<NOTE: Similar to the last 5 entries, this one was originally intended to be in proper chronological order on gallery page 5 but were inexplicably repositioned while transferring the contents of the gallery from one format with another. It would fall between “SPIDER-MAN VS. THE RHINO BY JOEL COTEJAR” and “THE VISION BY GEORGE TUSKA”.> 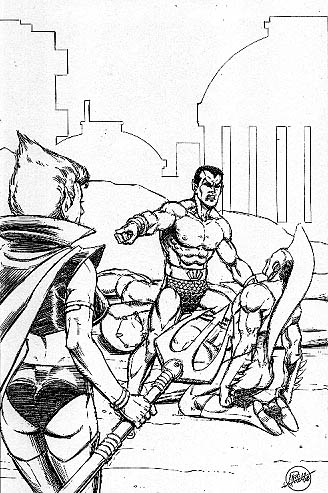 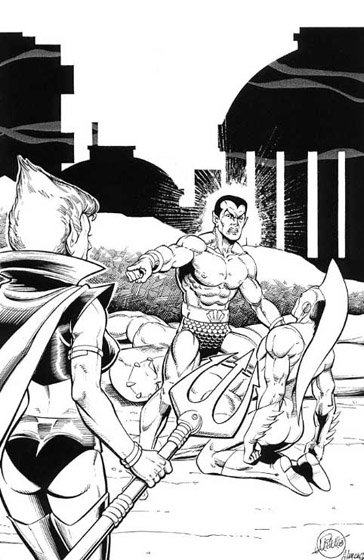