Paul Ryan was commissioned to swipe the cover to ALL-STAR COMICS v1 #3 from December 1940 which introduced the Golden-age Justice Society of America from National Periodicals/DC Comics and replace the team’s members with those of Marvel’s retroactive “Golden-age” team supreme, the Invaders. I was then commissioned to ink the cover over Paul. I used brush on about half of it and markers on the other half. I completed it August 2002. UPDATE: As was reported on my NEWS page on 10/31/02, this commission will be printed within the pages of Alter-Ego magazine # 20 due to ship in January (cover by Al Milgrom, which, coincidentally, was composed similar to Paul’s image). 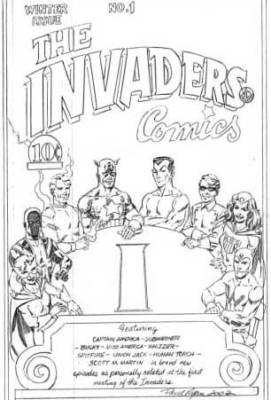 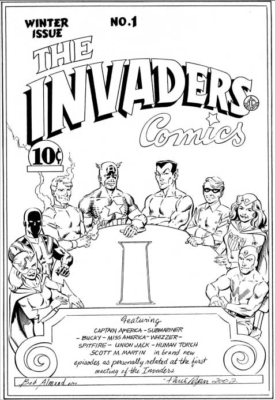 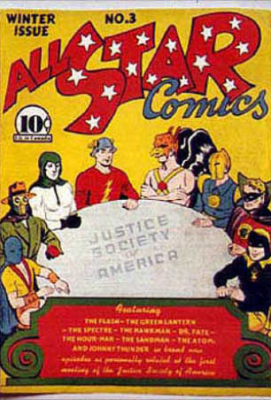 The source material by artist Everett E. Hibbard. Thanks to David Studham for the image 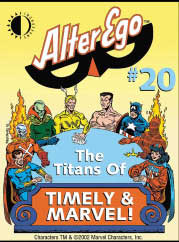 Al Milgrom cover along the same lines of thought