Sal Velluto was hired to pencil 2 pin-ups with the X-Men’s Imperial Guard in the mid-1990s but for whatever reason Marvel never bothered to publish them. In August of 2002 I inked the image. The Gladiator / Oracle / Earthquake piece was done almost entirely in marker with just minor details done in brush. The Imperial Guard team shot was done mostly in marker with just a bit of flash lines done with Hunt 102 quill and then for special FX China marker (crayon), white spatter for the stars and a few razor-scratched lines.
UPDATE- 1/27/2004: Aardwolf Publishing will include both of these images above in their THE UNCANNY DAVE COCKRUM TRIBUTE BOOK (since he co-created the characters) since Sal & I offered it to them to help out with his medical costs. That’s now 4 out of 7 “unpublished” art entries in this gallery to date that have been published in a book or fanzine after the fact! <NOTE: The last entry with WOLVERINE, this one and the next 4 entries were originally placed in proper chronological order on gallery pages 1-2 but were inexplicably repositioned while transferring the contents of the gallery from one format with another.> 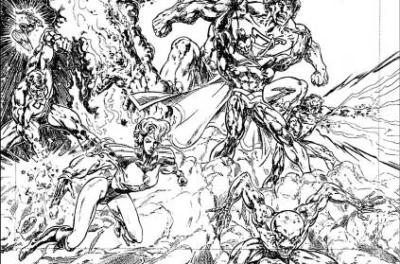 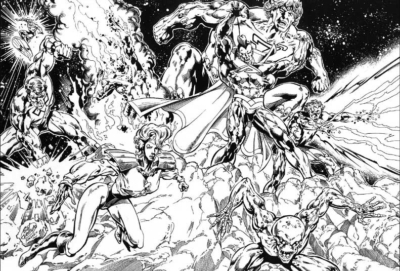 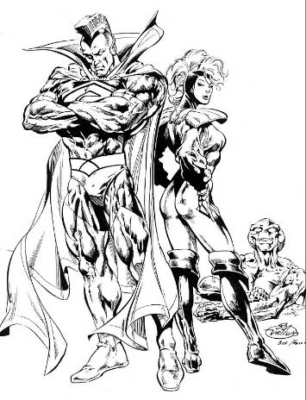