I was commissioned to ink Mitch Ballard for the 1st time with this job. What I found fun about this and the commissions to follow was that Mitch was, like myself, a big George Perez fan and it’s obvious that it influenced him in his art style. I considered using a little more quill than usual to try to attempt that Perez inking look (George doesn’t use a brush and has used Rapidographs to ink) but the board I was working on was impossible to use quills on without some heavy bleeding occurring. So I jumped into it with brush and markers as usual. I added a good share of zip-a-tone textures and ink spatter to really play up that cosmic display. Completed October 2002.

<NOTE: The last 4 entries, this one and the next entry were originally placed in proper chronological order on gallery pages 1-2 but were inexplicably repositioned while transferring the contents of the gallery from one format with another.> 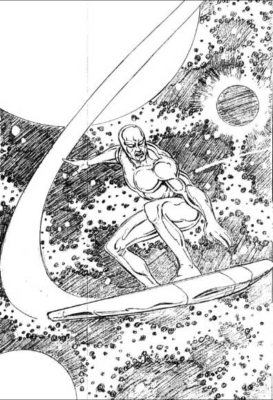 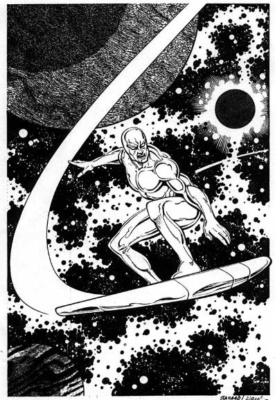 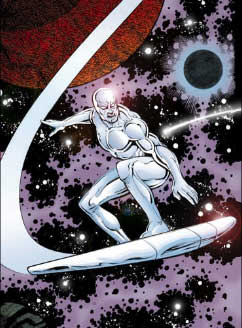