Commission #52 from Michael Rankins is a retro Rocketeer (aka Cliff Secord) image with his girlfriend Jenny Blake (both crated by the late Dave Stevens and a first for my gallery) as rendered in pencil by another newcomer around these here parts, Brian Balondo. This image is about half inked with brush and the other half with markers (microns & Pitts). For the landscape far beneath them I used Letraset Pantone warm grey markers. I reproduced both the color file and the greyscale version. 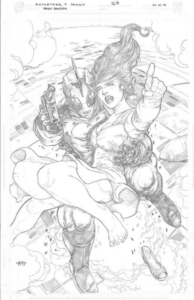 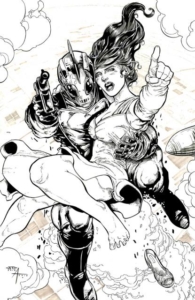 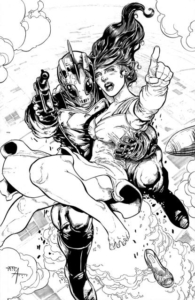