Client Michael Finn does a twofer this time with his 11th “One Minute Later” commission here in the Bob Almond Gallery back-to-back with his tenth! And just to continue the “Let’s kill Bob theme” he pulls out an immaculate and insane Philip Tan-penciled job, my second (and incidentally enough, my 2nd Guardsman commission, and the first one was penciled two months earlier by, you guessed it, Philip Tan!!

This commission, my 6th time with Iron Man mostly solo (w/o Avengers, etc.) was a One Minute later job that correlates to Iron Man V1#46, the conclusion to the original Guardsman story with Kevin O’Brien ending with his death (his brother Michael would later investigate his bro’s death and ultimately don the Guardsman armor himself!).

This was inked on blueline on 2-ply KubertArt board using some brush but mostly markers including a lot of Pitt brush marker for the background flashlines, which were also done by hand and with a Hunt 102 quill. Most of the white arcs/circles over them where done with a dull razor blade against french curves. 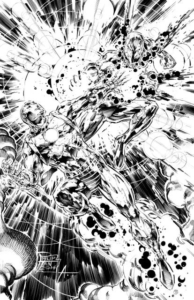 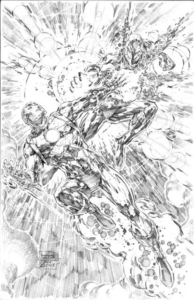 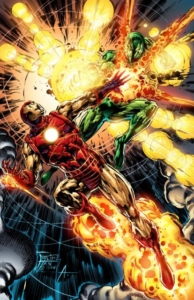 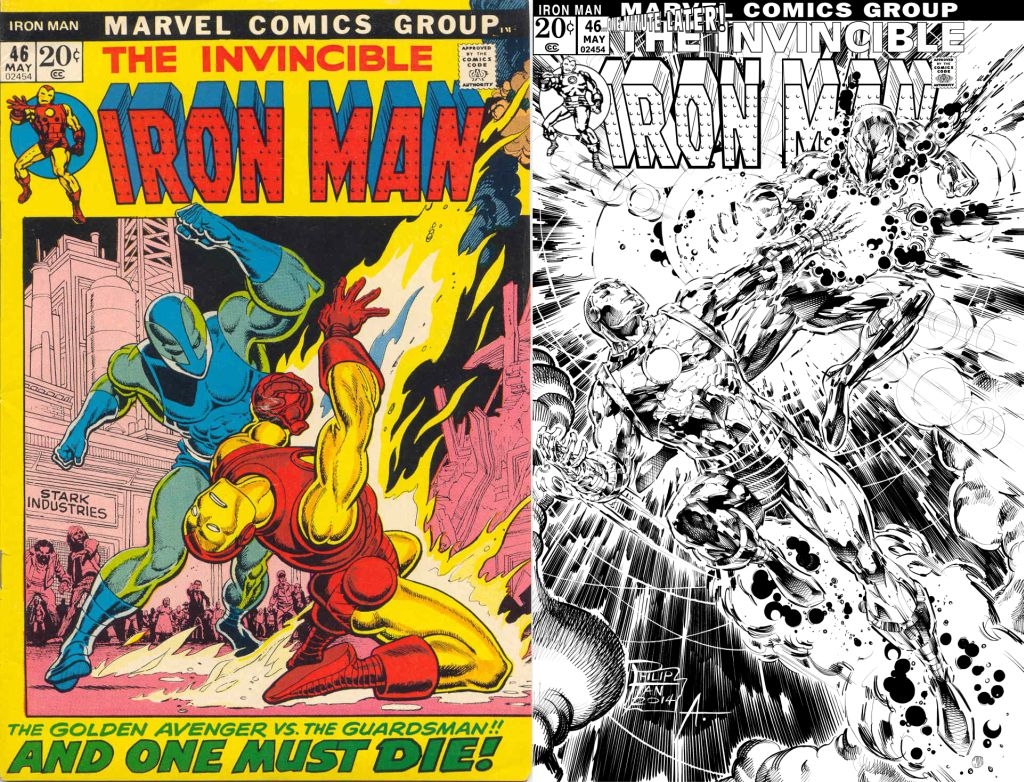 Iron Man #46 and the mock-up cover