Welcome back client Michael Finn for my 10th “One Minute Later”-themed commission! And to celebrate we bring back the meticulous madness of my 4th commission over penciler Stephen Segovia!! Stephen’s jobs trim off months from my life expectancy every time I take him on…but tell me that they aren’t so worth it! This time Michael had us play in the sandbox from Amazing Spider-man#136 where Harry Osborn first confronts Peter Parker as the new Green Goblin following his dad Norman’s death….and that he knows about his Spidey alias! The original cover was a classic by John Romita so this was a thrill to OML it. This was done almost entirely in markers (microns and Pitt brush) with a little bit Raphael Kolinsky 8404 size 3 brush. It was inked over a blueline of the pencils on 2-ply KubertArt board. My 10th Spider-man commission (and first with Gobby) was completed on 12/2/14. 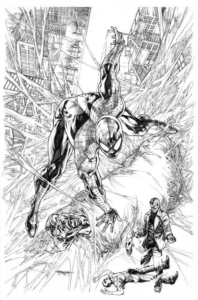 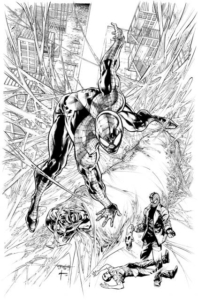 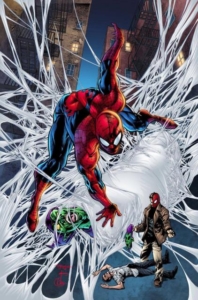 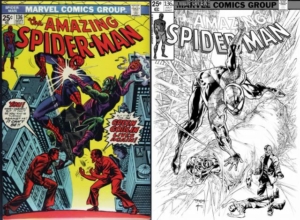 Original cover by John Romita and the mock-up cover