Part of mega-prolific client Damon Owens’ Comic Art Fan Gallery commission theme ‘Operation Obscura’, he sent me three pieces by different artists doing their interpretations of this Skywald Publications character from 1971 created by a pre-Ghost Rider Gary Friedrich. I believe the Smith and Velluto versions are 8.5X11 on 2-ply board whereas the Mayerick one was approximately 11X17 on thinner paper.

This was my intro to inking Tod and the legendary Val, who both did their adaptions of the classic design of the character. But it was my 46th commission over Sal Velluto who rendered an updated/modernized version of him. I used my usual combination of Raphael Kolinsky#3 brush, Pitt brush and micron markers for all of these, plus some ink spatter and finger smudges to Tod’s art. 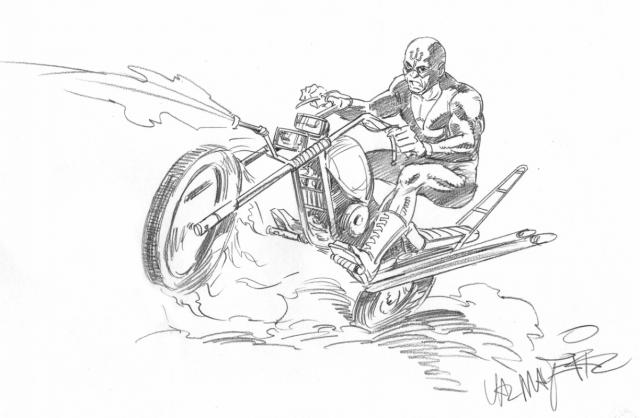 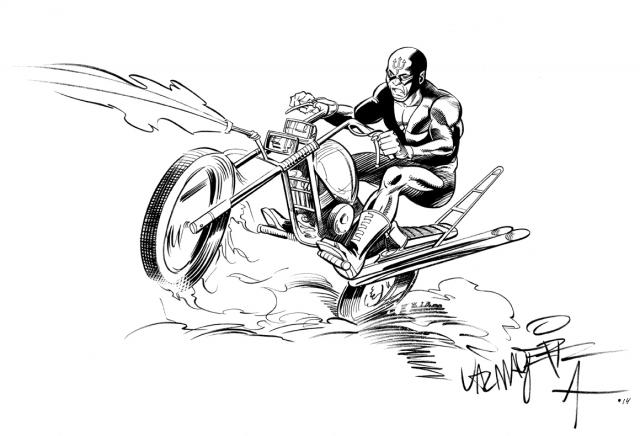 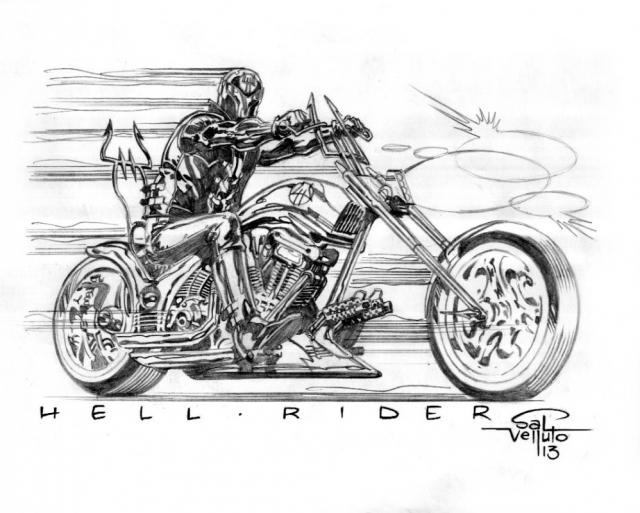 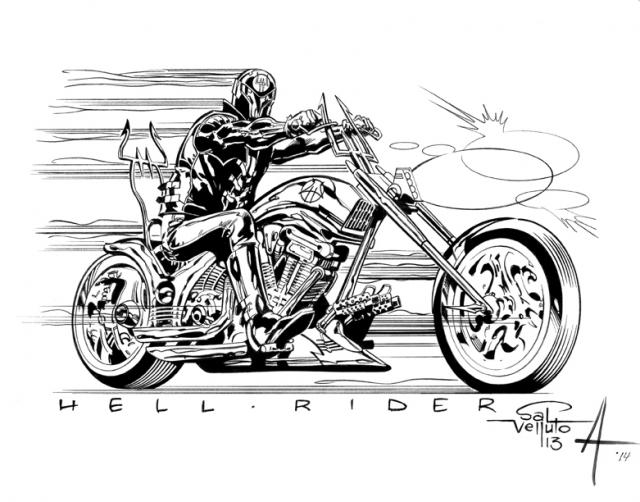 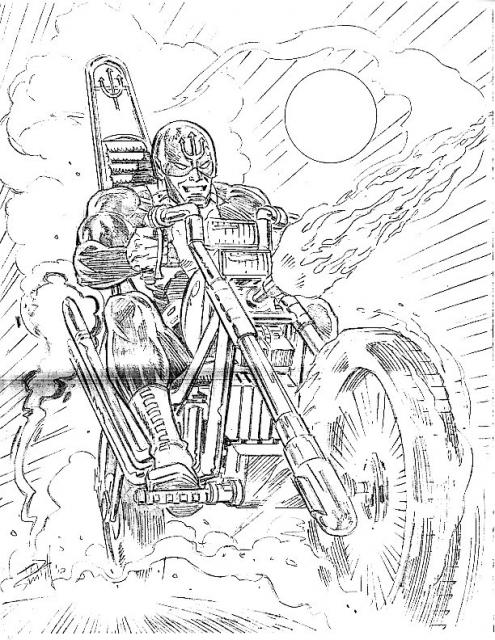 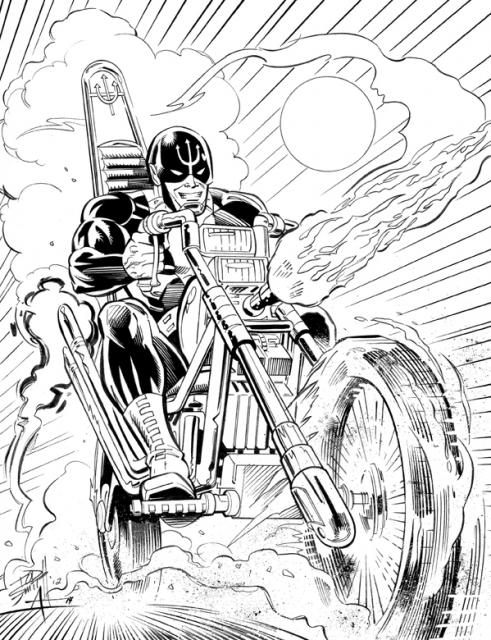