This Brotherhood commission is called ‘Attack from the Future’ and it pits their members here (Green Lantern John Stewart, Storm, Steel, Falcon) up against the obscure heroes from AK Comics. As Damon states at his CAF gallery “In 2004, an Egyptian publishing company named AK Comics decided to publish some comics featuring heroes based in the Middle East. The titles featured heroes named Jalila, Zein, and Aya” as seen here left to right attacking from the top.

I used my usual bag ‘o inkin’ tools plus some white paint spatter and overlapped two zips for the warp effect to get a moire pattern. Remember, I’m not Photoshop savvy enough to add a ‘real’ effect-LOL! Go Old School! This 11X17 art on 2-ply textured board was completed on 9/24/14. 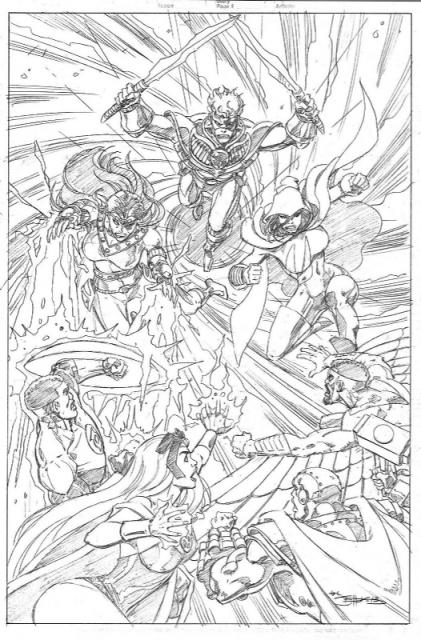 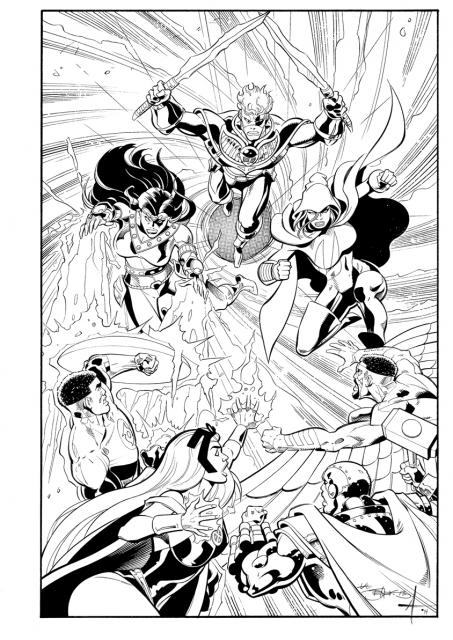