Sal thought he’d update Iron Fist with facial hair. It seemed like a good idea at the time. Editor Ruben Diaz didn’t object so after rendering him that way on the final page splash of BP#16 we proceeded into #17. Exit Ruben and enter editor Tom Brevoort. Apparently, Ruben had erred and this was considered too drastic of a change which didn’t get the proper protocol of editorial approval so he asked us to alter his look in BP#17.

But Sal had already penciled those pages and I was inking them so I adjusted the pages that I had and the office fixed the ones I had already sent in. But it was too late to change the art from #16 so that one case snuck out to the printer as is (L-R, top row, color panel 3). 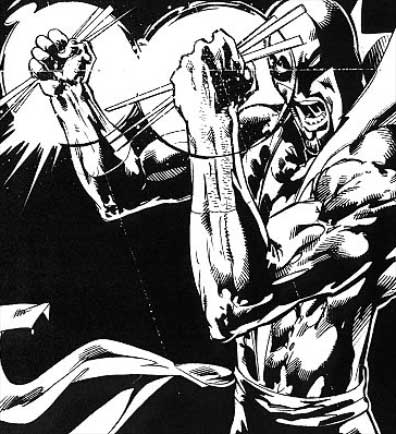 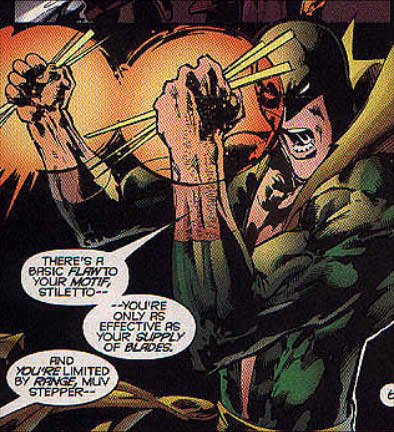 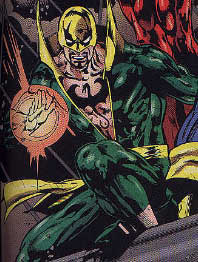 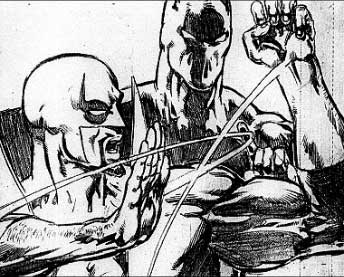 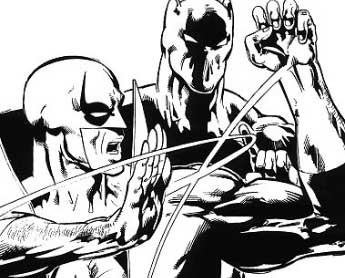