Namor with his friend and ally Tamara Rahn are depicted in this serene shot drawn my artist Ken Hooper as my 9th commission for Jeff. This is my first effort working with Ken and I used brush and marker with a little white paint spatter and razor scraping added for effect. Ken unfortunately used smooth ‘Blueline’ board which is among the worst to ink IMO. There was a lot of ink bleeding even while using simply marker and brush. This especially made matters challenging since there are a lot of delicate details that were hard to render in ink without making a mess and I didn’t find a thin marker that didn’t bleed until I was halfway done with the job. So (with a lot of correction fluid) I was finished inking this commission on 2/4/04. Jeff later hired Tom Smith to color the art and he completed it on 8/31/05. 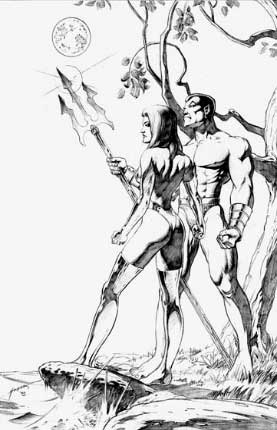 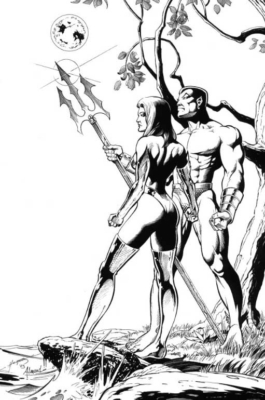 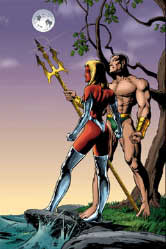