This Batman image was a style-guide that Sal was hired to render for DC. I later inked it with brush, marker and quill and finished it in 1999. 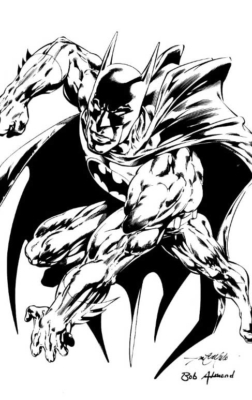 Pencils by Sal. Inks By Bob 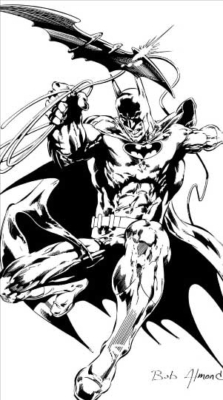 Another commission done later for the same buyer over Sal’s pencils once again in 1999. 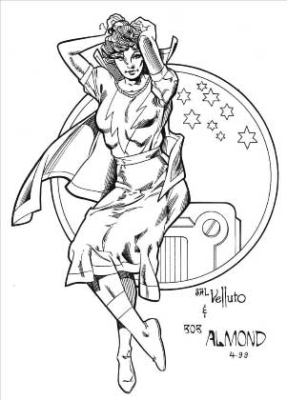 This was a requested commission for Mary Marvel from client Ernie Pelletier. Sal rendered it on 8.5X11 board in an Alphonso Mucha style. I inked it with a brush and marker on 4/99.