This commission was on a twice as large page of comic art board. It was completed in ink sometime in 1999 which was, for me as seen in order in this gallery, the year of the bat! 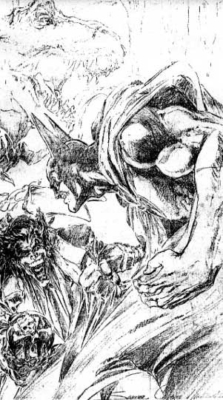 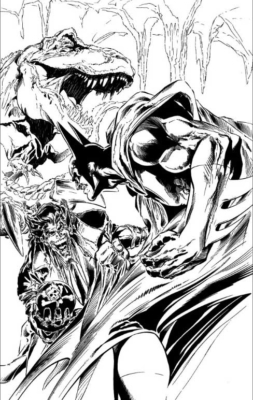 Sal Velluto & I did convention sketches at the All-Time Classic New York Comic Book Convention in 2000. This batman was sketched in pencil by Sal and I inked it with markers. It was completed on June 9 or 10 that weekend.