My client Damon recently decided to tackle the theme of Golden-age characters for his upcoming commissions. His previous theme had generally been to have characters rendered by artists not known for rendering them. In this case he commissioned Darryl Banks to draw the obscure Timely (Marvel) character Merzah the Mystic. My 14th job from Damon, this is my 4th commission inked over darryl’s pencils and I used brush, Pitt brush marker, markers, China marker (which isn’t actually a marker but more like a crayon), black Prismacolor and white dot zip-a-tone. This 11X17 art was completed in ink on 3/5/04. 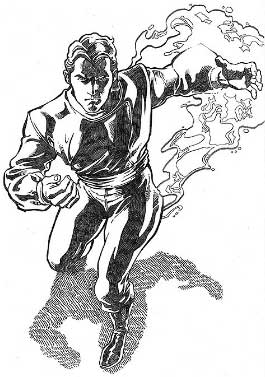 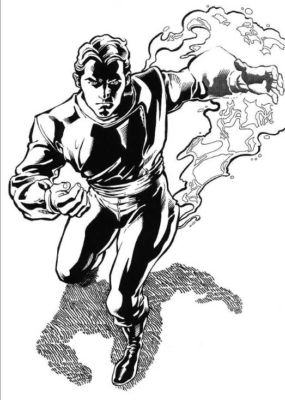