To raise funds for Inkwell Awards expenses we have asked artists in our community to donate a sketch for us on sketchcards and, as seen here, variant blank sketchbook covers, so we can auction them off on eBay. On page 14 of my Inkwell Gallery on the “MISCELLANEOUS BY LILLY, TRIMPE, VELLUTO” entry, I posted my first 2 sketchbook cover inks for the 2008 initial election year. This year I inked 3 such donated covers. I worked over Scott Wegener for the 1st time on the Human Torch (who I’ve never inked solo before, only in Fantastic Four team and Thing team-up commissions) because he had been recently hired by Marvel to do a new Human Torch series. I used my usual 3 tools plus drybrush. I also inked Jim Tournas for the 1st time on a Secret Invasion cover to do my 1st “skrullified” Archie Andrews. I used the same stuff to ink it as I always do (Raphael Kolinsky brush size 2, Pitt brush marker, and micron & Pitt markers). I completed those 2 covers on 3/11/2009. Lastly, I inked Mark McKenna for the 2nd time, although the 1st one was a superhero piece while this one was cartoony with his owned property Bananatail. With brush & markers I did the job and showed it off a month later on April 12, 2009. Onward for another year and thanks much if you voted and/or supported us this year or last! 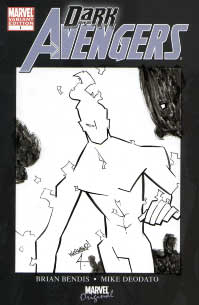 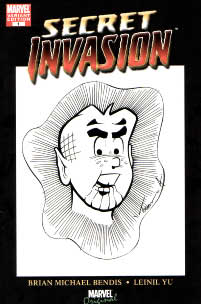 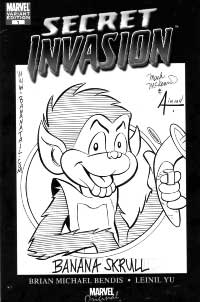