A year ago Sal & I were working on our new Jim Shooter story for the Valiant Entertainment HC “ARCHER & ARMSTRONG: FIRST IMPRESSIONS”. Sal did prelims for the interior cover to the tale (which followed the reprint material), got approval and pencilled the image, scanned it and emailed it back to me to print up as a blueline on board. I did so and started inking it. Then our editor told me to stop because they were having Sal do another interior cover instead to closer match up with Shooter’s story content. Sal rendered & sent the 2nd one which I again printed up and inked (6/12/2008) and that version was colored and used in the book. Then, a year later, after a few projects and many commissions, I finally got around to finishing the original blueline image sitting in my room on 6/1/2009. Brush, markers and Pitt brush marker was utilized in both efforts. 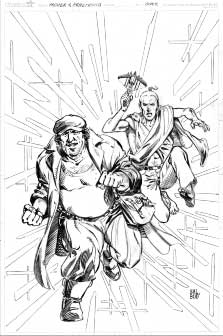 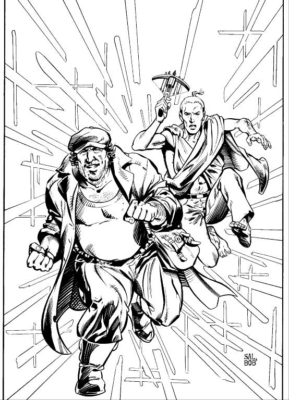 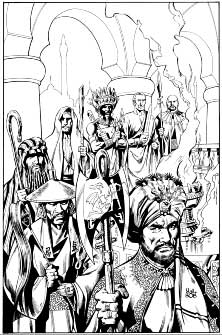 The PUBLISHED interior cover by us