This is my 4th job for Officer Mike (“Off”) White, last seen on page 8 (“Green Lanterns by Mark McKenna”) of my commissions gallery with his Green Lantern-themed commissions. This time it wasn’t so much a commission as a request for a “Sal&Bob” auction donation for his charity at the Bridgewater P.B.A. Local 174, the township police department that he works at as an officer. He asked for a sketch by us on a comic book backer board so as to be in the same format as other donations already submitted. I informed mIke that Sal was too busy for such a request, however, Sal had given me an 8.5X11 1-ply backer board a decade earlier with a blueline bare layout on it of Acclaim’s Bloodshot whom we worked on for 9 months in the late 1990s just in case I wanted to use it to sell at a show. This fit Mike’s format and by finishing the image he would still get a “Sal&Bob” job. While only my 1st Bloodshot request, this is my 40th time over Signore Velluto. I inked this, like the last commission, without any brush, using only markers, Pitt brush marker and a Copic wide marker for the background. It was a ball going down memory lane with this and there are good feelings about this past gig as it was Sal & my first assignment together. Completed 7/8/2009. 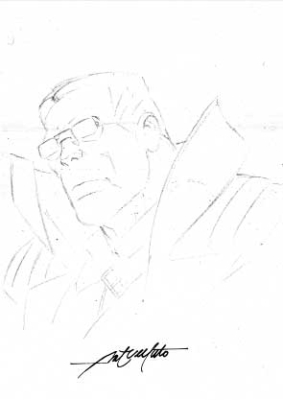 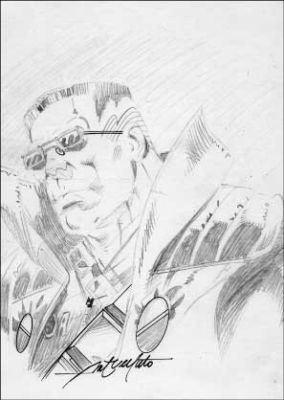 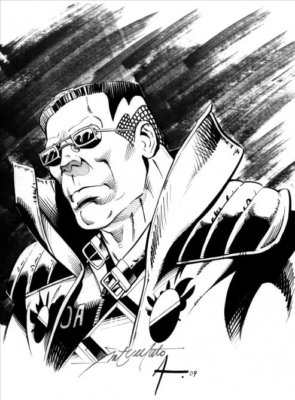