The same client to commission me for Velluto’s Batmans, the upcoming Flintstones and other pieces at the time hired me in 1999 to ink this image by Adam Kubert from 1988, eleven years earlier. A challenge since it was, albeit small, one of the sketchiest/looser drawings I had been commissioned to ink at that point. And Adam had, in contrast, accomplished much in 11 years! 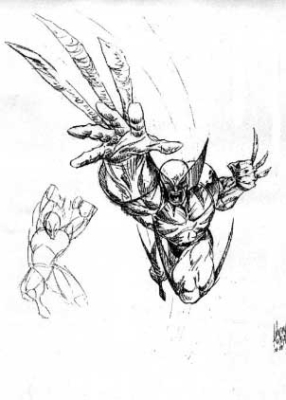 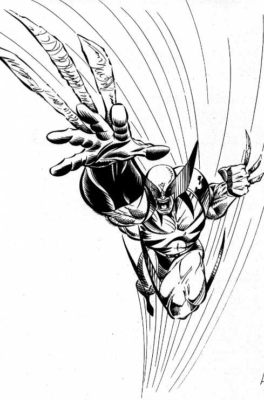