I needed a break from the Michael Rankins twin dynamo jobs so with permission I jumped on another client’s simpler commission. In this case, my 7th Captain America commission and my 7th Danny Best job. Danny had answered my call for commissions when my list opened by offering a Norm Breyfogle image but when he later showed off his newly-acquired Zeck Cap commission I begged to ink it since I’d never inked Zeck before, let alone on, debatably, the most-memorable character he ever worked on. Norm’s piece was bumped for later.

Done on 11X17 blueline 2-ply Kubert Art board, I approached this one with intimidation. While Jack Kirby and Steranko may have the most admirers as Cap creators, and with good reason, for my formative years growing up I admired the two Cap teams of John Byrne & Joe Rubinstein (albeit too short of a run) and Zeck and John Beatty (which was much longer). So approaching this I was trying to channel a bit of Joe and John in the inking. Or at least try like hell not to suck.

I inked it mostly with a Raphael Kolinsky 8404 size 2 brush, about 90%, but I used micronmarkers for the templates for the shield and some small details. I also used a Pitt brush marker for the chain mail texture. To this day I am enthralled with how well Joe did that over Byrne and others with brush. I’ve tried it with brush in the past but was not satisfied so I stayed away from that approach this time. Maybe I’ll feel more daring next time.

Lastly, I used gradated dot zip for the shield. Zip-a-tone hasn’t been used much since the late ’90s due to the advances in printing and digital color. I probably use it more on commissions than published assignments. But for a retro job like this, I fall back on my influences and it adds an atmosphere of nostalgia. I used a tiny bit of china marker for gradated shadow near his hip and shield and dry brush on the shield.

I completed this one on December 17, 2016. Batteries recharged and client is ecstatic. Time for the next back-breaker…. 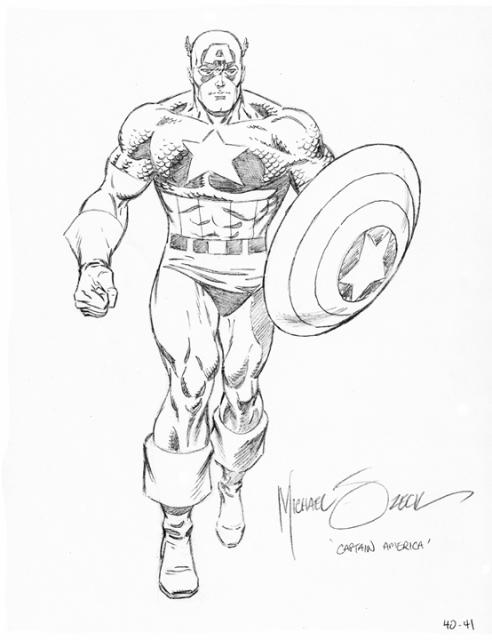 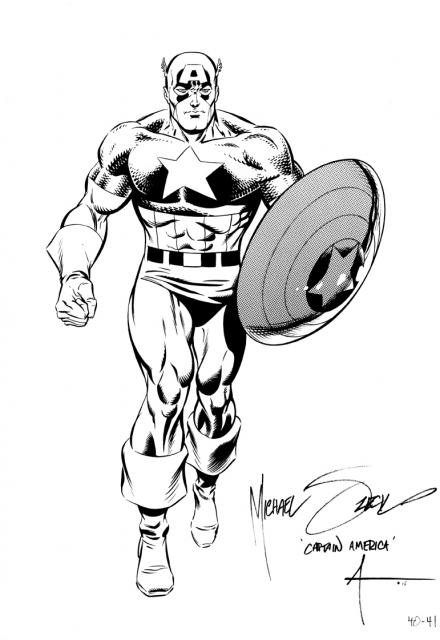 JUGGERNAUT’S TOUR OF THE MULTI-VERSE’: VS. THE PROTECTORS BY LUKE...
Scroll to top