BP#27, page 4: Since Priest let us choose which Avengers ro render on this page Sal asked me what Avengers I wanted to see in the mansion monitor/communications room since I was the resident Avengers fan so I gave him some
reasonable (and favorite) choices that I thought would be viable to show on screens to be called in in the case of an emergency. We chose Wanda and carol to be on duty because we’d wanted to use them in our Avengers issue (BP#23) but weren’t allowed to at that time. Sal wanted to draw Spider-man and Moon Knight so he did. After Sal rendered the page and my ink assistant filled in the black-designated areas I realized that the Scarlet Witch should have been in her Perez-designed gypsy garb so Sal redrew and inked a correction and emailed me the file for me to cut & paste onto Wanda on the art.

I also corrected some Avengers on the monitor screen who’s appearances weren’t quite up to date like Thor, Hercules and Moondragon. This can all be seen in the second inked image. After that Marvel editorial decided to change Spidey into Triathlon and Moon Knight into Vision. (poor Tigra and Quicksilver were covered up by copy.) Lastly, the office deleted the X-men cameo with Beast, Gambit, Jean Grey, Cable and Professor X, probably due to a continuity glitch. The last image is the edited and printed color page. 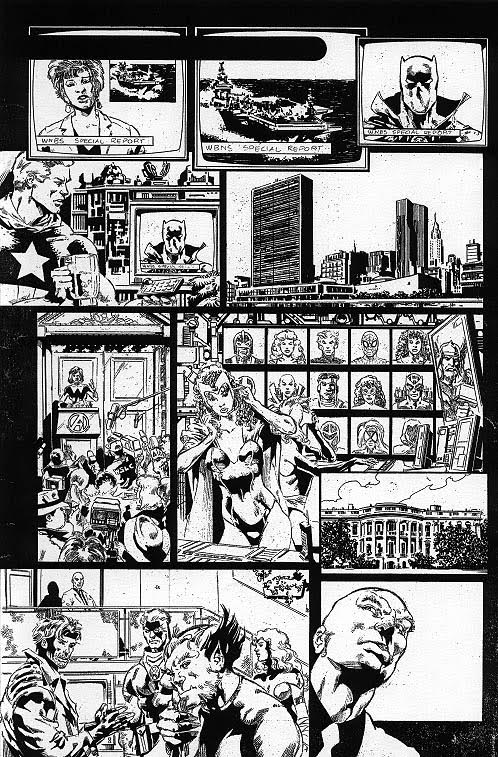 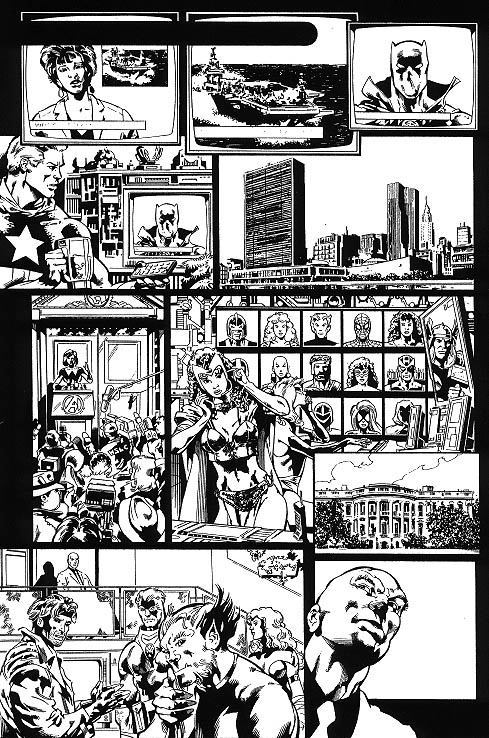 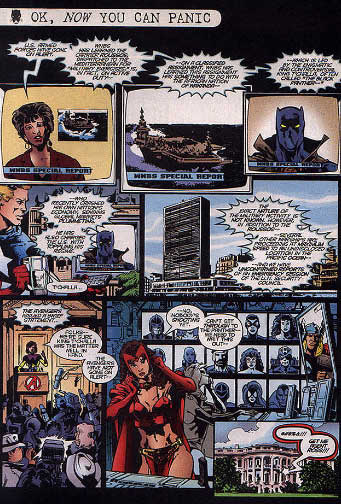