This was my second commission over Mitch (first was Silver Surfer nearby in the gallery). I instinctively placed all of my ‘X’s out where the blacks would go and framed those areas. Unfortunately, AFTER I did this and started inking I realized that I wanted to do a graduated spatter effect in the background. The effort proved futile since, as you can see in the second file image, the areas covering the ‘x’s with white correction fluid showed up way too bright under the black ink-spattered background. Since that was distracting the buyer preferred the background to be filed in with solid black as was originally labeled and he requested that I spatter in some stars in which I did but to a lighter, more sophisticated degree than the Silver Surfer job that preceded this one. It was completed late October 2002. 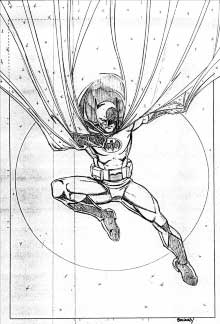 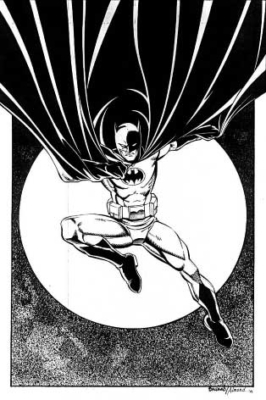 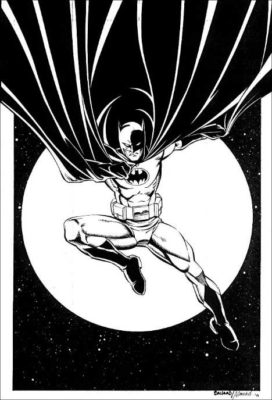 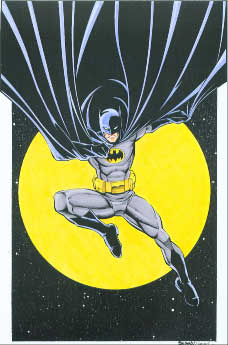