This was the 7th commission from Jeff, my Namor fan client, and it consisted of Namor with She-Hulk at poolside by artist Walter Geovani who’s work I had not been familar with so this was my first time inking over his pencils. I used my Pitt brush marker instead of brush to better capture the angular nature of the lines but I did use the brush for the feathering, especially since 9/10 artists use boards that don’t take quill well and this was no exception. I also used regular markers and some zip for the fence in the background. The job was finished on 1/31/03. Jeff later had Tom Smith digitally color the image on 8/30/05. 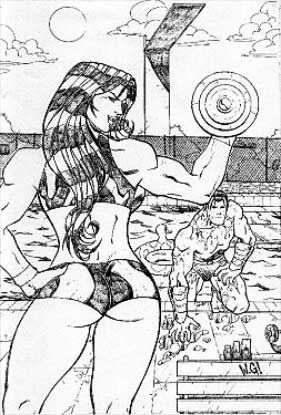 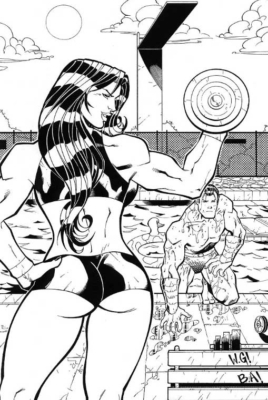 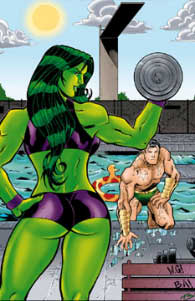