I made a return to doing Black Panther cover recreations almost exactly on the same dates as the first batch were completed 6 years ago. You can find part 1 on Inkwell Gallery page 3 (“BLACK PANTHERS, BLOODSHOT BY BOB ALMOND Recreations”) where the last batch were posted. The only difference is that I did the first few with a lightbox (which I HATE as much as vellum inking) whereas I can now scan the pencil photocopies, convert them to blueline and print them up on the Marvel 2-ply 1X17 boards. I added some cover copy to fill in space on the recreations. The tools were still brush & markers but I used to use some Hunt 102 quill back then but less so today and more Pitt markers today but not then. I also often make minor changes like on #23 I used dot zip instead of lines in Iron Man’s chestplate, on #27 I used a finer ink spatter (b&w) over the lower section, and on #43 I used some crayon texture on the moss & vines hanging off the branches. But one thing I can say unabashingly is that the recreations are absolute improvements in line quality and in general rendering. 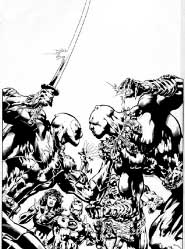 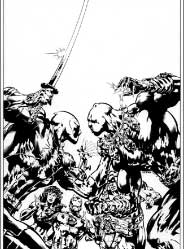 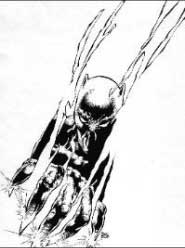 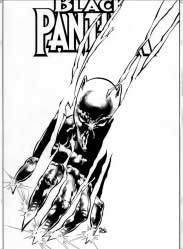 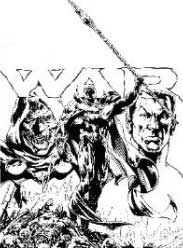 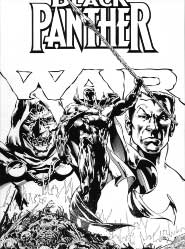 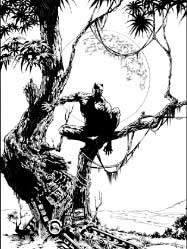 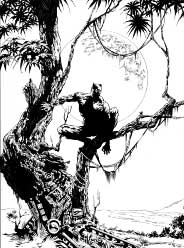