This was my 6th commission from my Namor Fan Client Jeff and the umpteenth with Sal. This one had an interesting history. Sal had rendered Namor for the cover of BLACK PANTHER # 28 (2001) but decided on a better pose and drew that one into what became the actual cover. This left the original. fully-drawn Namor on a board with nothing else on it. The client later purchased the art and commissioned Sal to finish the art as a faux cover showing Namor confronting the evil Llyra with the Lady Dorma on her clutches (Incidentally, Llyra murdered Dorma in the printed source material many eons ago). The client later commissioned me to ink it. We decided that the cover logo might look spiffy on it so that was added later on. This 11X17 commission was inked with brush, marker and some white dot zip used on the floor for effect. It was completed on 1/21/04. Jeff later had Tom Smith color the art on 8/31/05. 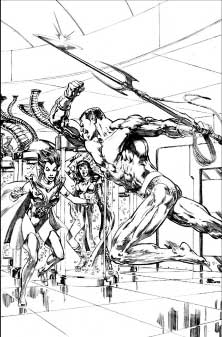 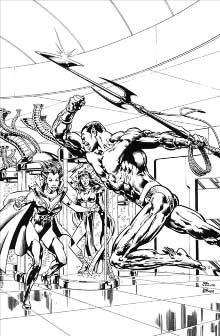 Bob’s Inked art w/o the logo 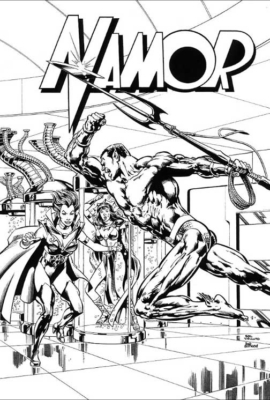 Bob’s Inked art with the logo 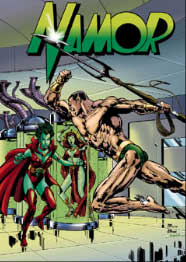