The client commissioned Sal & myself to render J’onn J’onzz, the Martian Manhunter for him. His first description was to render him as half male and half female (a look that MM took during Sal’s run on JUSTICE LEAGUE TASK FORCE) but to have him/her in mid-transformation. But then the client changed his mind and wanted classic J’onn w/o the estrogen but Sal missed the note and subsequently drew the original request. But we gladly accommodated the client with what he now wanted to his satisfaction. This 11X17 commission was inked in brush & marker and completed on 1/18/03. 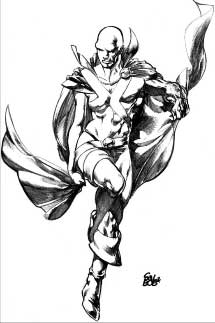 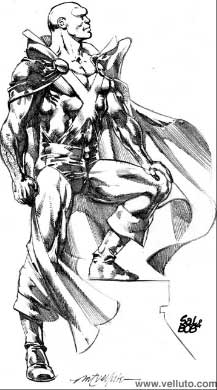 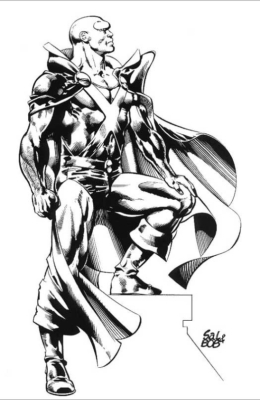 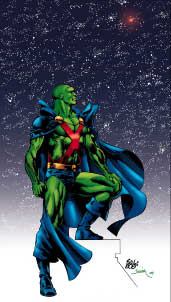