My 11th job for Jeff was pencilled by Ron Adrian and this was my first effort inking his work. Namor here is surrounded by his female family, friends and loves: Tamara Rahn, Namorita, Sue Richards and Coral. an obscure, deceased character from SUB-MARINER # 56. I inked it in markers and my new brush. I had been using my Windsor-Newton series 7 size 1 brush for something like four years, even after the ferrule became loose and I repeatedly super glued it. 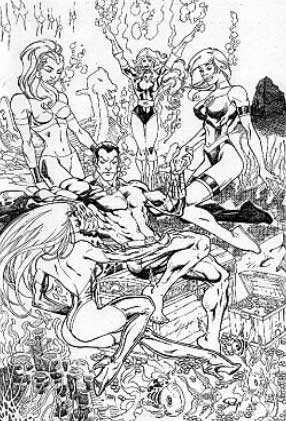 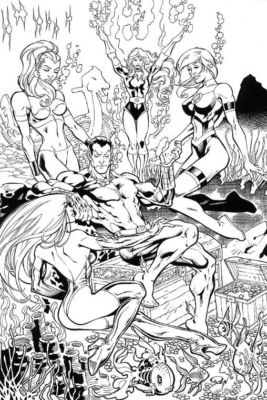