I’d begun an association with Bob Shaw’s Strong Arm Studios and had been collaborating with artists Frankie B. Washington (see the next Superman / Catwoman entry) who I inked in a commission some time back with Vertigo’s character Death of the Endless as well as Paul Gould who I worked on for the first time here. This piece here is a recreation of a published splash page that Paul originally rendered for Chaos Comics which was originally inked by Rob Stull. I used brush and marker and tweaked a few aspects of the illustration. I added some more definition and lights and shadows to the cans, bottles and glass in the background assisted by using a grainy china marker. And I used dry brush to capture the transition of candle light to the black background. I finished the 11X17 work on 11/5/03. UPDATE: Strong Arm Studios unfortunately folded January of 2004. 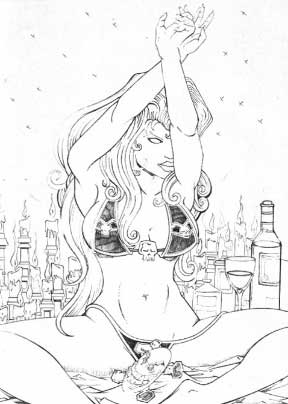 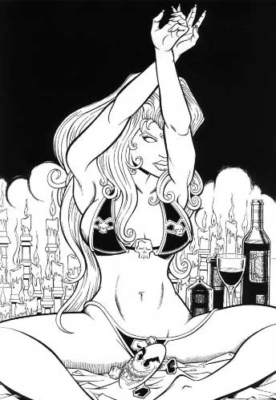 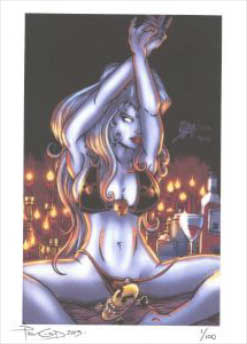 The actual, printed, original image by Paul and inker Rob Stull (sorry about the low-res file)