My client Jeff requested this ‘Fantastic Four’ commission from artist M.C. Wyman consisting of She-Hulk, Namorita, Invisible Woman and Namor. My second Wyman job, this was more nostalgic fun and…inking three buxom ladies wasn’t too bad either. Upon request I removed the incorrect ‘4’ symbol on the belt buckle from Sue Richards’ uniform design (originally designed by Paul Ryan) and I also elaborated on the sketchy debris. Again, like ‘Deep 6’, I approached this commission with mostly brush and some marker and I used a little bit of dot zip on Namor’s armor and spattered some black ink over the debris to add some grittiness to it. The job, my 5th from Jeff, was completed on October 9, 2003. 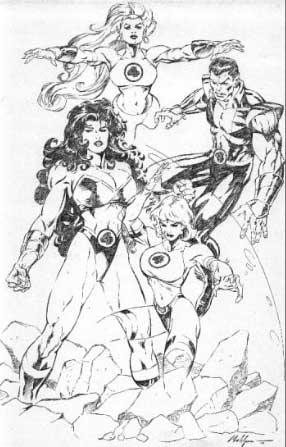 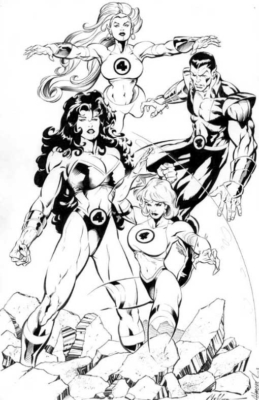 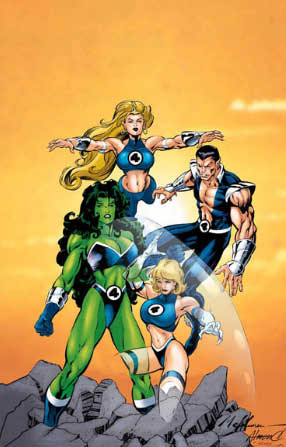