This one was a commission that my wife Diane paid Enrique (“Zeke”) Savory, Jr. to draw for her as she collects Buffy-related character commissions (She has the Gentlemen by Tommy Castillo, Darla by Eddy Newell and also others in her sketchbook). And then Diane found a hack to do the inking for free who just happens to be her husband. The image was on 11X17 2-ply Canson Comic Book and Art board and I used brush (w/ some drybrush), Pitt brush marker, other Pitt and micron markers and a Hunt 102 quill. I finished my 2nd Buffy tVS on 7/18/2009. 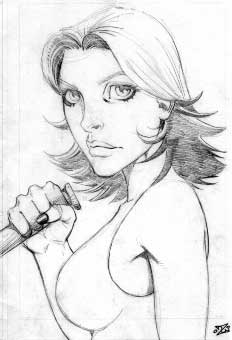 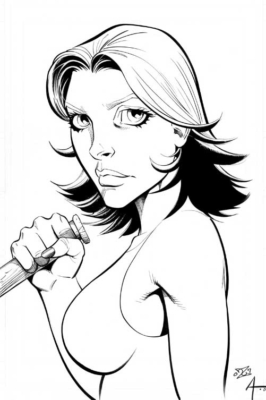