This was my 4th job with this client who has also become one of my regulars. He wanted Sal & myself to render what’s known as a ‘floating heads’ image with Black Panther and was surprised that no one had yet commissioned me to do an image with Panther and his rogues before. We discussed which BP enemies to consider using as floating heads and, while I suggested some like Killmonger, Achebe & Malice, ultimately, the top choices of Man-ape and Klaw were decided upon by the client and he wanted us to throw into the mix T’Challa’s Uber-ally and fellow Avenger Captain America. Inked with mostly brush, markers and some perspective zip-a-tone, this 9X12 image was completed on 4/26/04.

Speaking of floating head images, here is a complimentary convention sketch that I did for “Lenny Tibbit” of Alvaro’s Avengers Message Board of Ultron surrounded by heads of the Beast, Wonderman and the Vision at the Madison Square Garden Convention in June of 2002. Soon after he had Tom Smith color it. 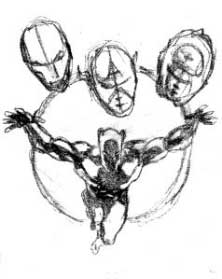 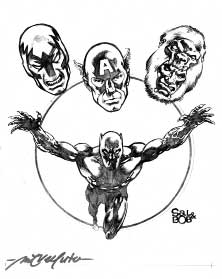 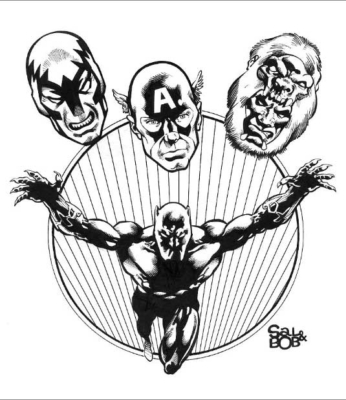 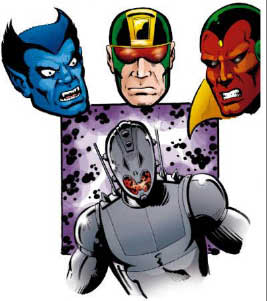