In BP#44 Priest’s script called for Tony Stark to walk into a room filled with several of his past armor models. I guided Sal to an image from the Official Handbook of the Marvel Universe showing various past armor designs for reference so that he could render that shot in that issue (the one where I incidentally didn’t ink Sal at all). When a similar scene came up in BP#45, page 2, Sal used the ref from before but I also chose other cool armors that we could do and I emailed him several scans. Then I realized that the artist of that OHOTMU image had taken a few liberties and those armors weren’t 100% accurate to the original source material.

Also, I confused Sal and he inadvertently rendered and armor design twice (a variation of that armor was shown in the ref). So Sal emailed me an inked file of the Sean Chen-designed armor and I cut & pasted it where it belonged on the art board and then tweaked a few of the armors that needed a small fix. And believe it or not, this kind of scenario is actually ‘fun’ to me! Yeah, I’m such a geek. 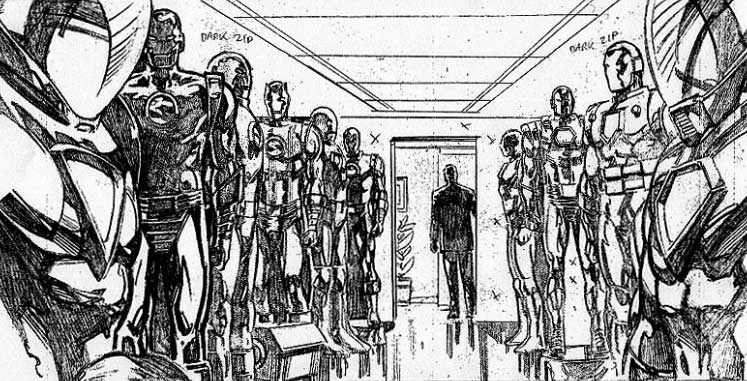 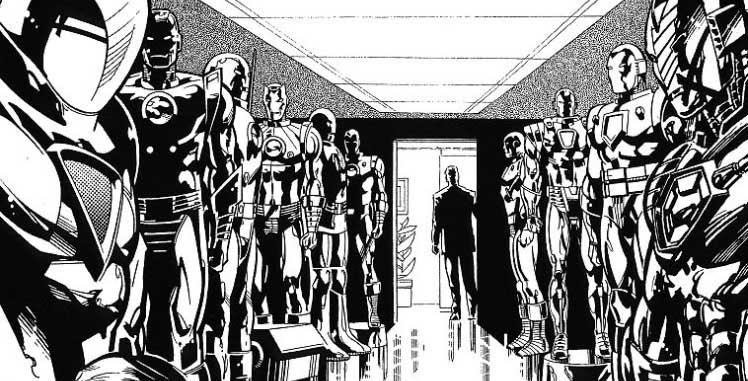