BP#28, page 20: During ‘Sturm Und Drang’ Sal drew Magneto’s helmet in a version similar to the first Fox film version. The practice of simulating designs of such things from cinema or tv versions of a publisher’s properties is commonplace in the biz (which is why we had to use that awful Falcon design in BP@16-17 because of the short-lived Avengers: Earth’s Mightiest Heroes animated series). But NOT in this case. Marvel didn’t want the helmet altered so after we drew & inked it it was fixed at the office. The funny thing, though, is that it wasn’t altered on the cover or page 5 (file#3). 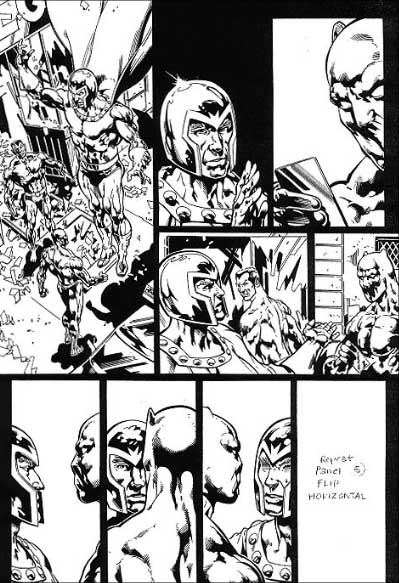 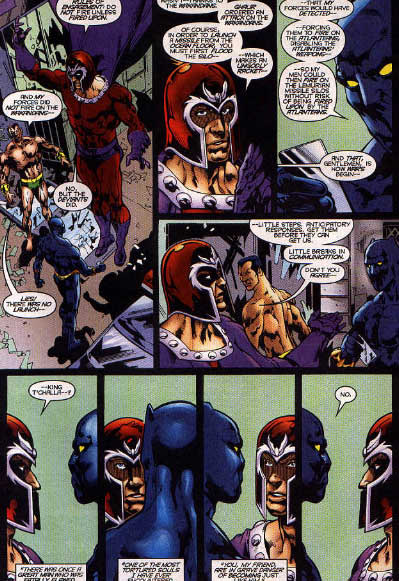 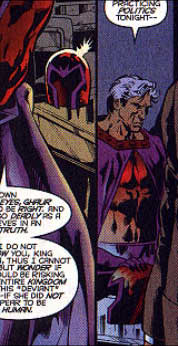