During the final chapter of ‘Enemy of the State 2’ Panther uses a special power glove to take on Iron Man’s anti-Panther/anti-Vibranium stealth armor mano-o-mano. Due to, I believe, a mix-up in the script, Sal rendered a new, fancy glove on this page but BP was supposed to have his normal gloves here and later in the battle don a Kirbyesque power glove. As was the case in most of our art corrections, Sal emailed me an inked, scanned image which I simply cut & pasted over the incorrect glove. 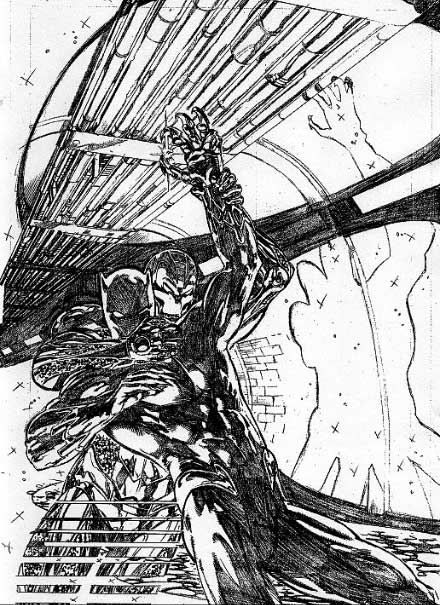 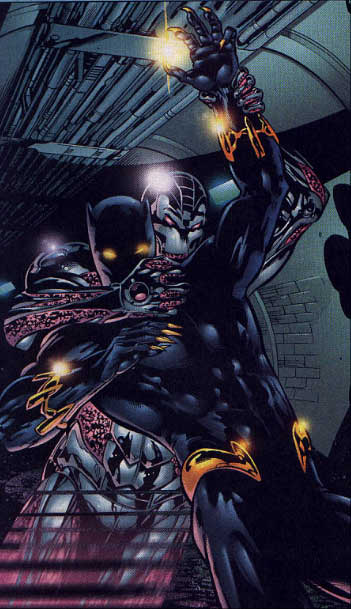