(Panels 1-2) BP#26, page 8: The Fantastic Four uniform we rendered on Reed Richards was apparently outdated and redone by the Marvel art corrections/Bullpen. They also changed Reed’s hand (for clarity?), Ben’s shorts (now with the shadow removed for some reason) and, for some inexplicable reason, the Things’s face.

(Panels 3-4) BP#42, page 22: Instead of Vindicator, Sal rendered Snowbird along with Guardian, both from Alpha Flight, in the final shot from this issue. Once realized, Sal simply emailed me an inked, scanned image which I cut/pasted onto the art over Snowbird. ‘Enemy of the State 2’ had so many characters and complicated twists that it’s amazing that we didn’t make more blunders during it all. 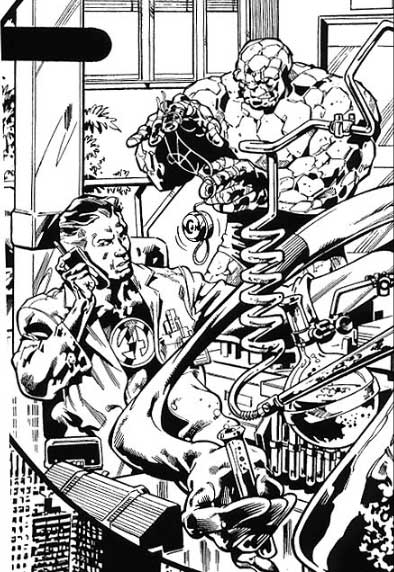 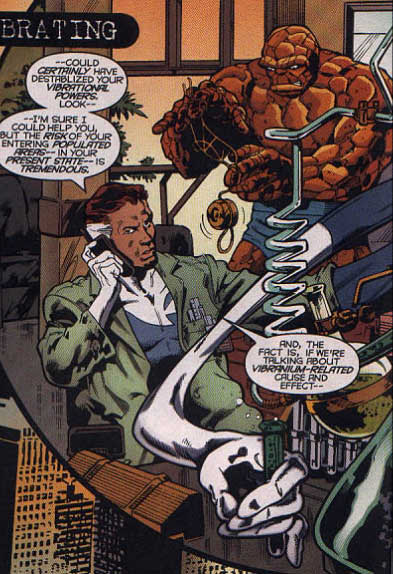 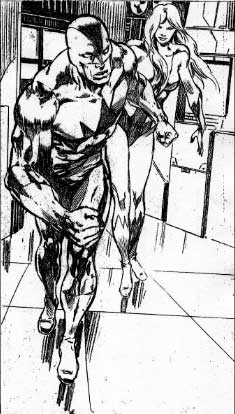 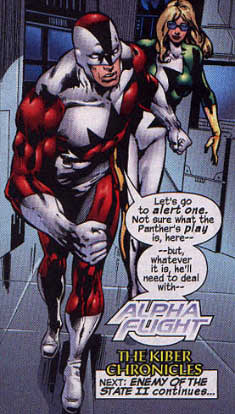