Triathlon was my 19th job for Damon and, after several efforts by other artists to render the character a certain way upon his specifications, Sal & I were the first to exactly nail his request. This 11X17 image was rendered with brush, markers, razor scraping, Pitt brush marker, white paint spatter and a crayon China marker. It was completed on 7/19/2004. 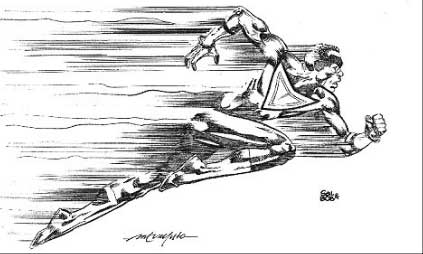 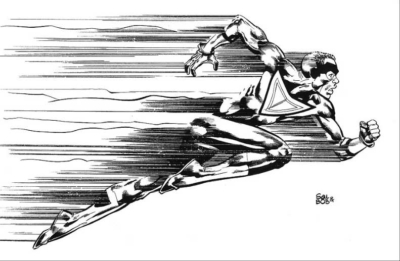