I don’t do many solo commissions but I certainly don’t do risque ones. But in this case a close friend requested a ‘naughty’ image so I figured that I’d make a rare exception and just not post it at this gallery. Luckily, the composition that subsequently came up with has Ms. Janet Van Dyne, the winsome Wasp, in a pose that I would define as mild cheesecake at best and safe to post after all. Forgetting to use her unstable molecule-coated unmentionables, she finds herself in an embarrassing position. Rendered in brush, marker, drybrush and a whole lot of zip-a-tone textures, I finished the commission on 11/11/03. I later decided to add the lacy bra texture throughout the bra to add more definition to that object as well as to pop out Janet more (so to speak).This adjustment was rendered on 12/13/03. On 3/12/04 I began digitally coloring my work and after starting with Craig Rousseau’s Hulk and then my Poison Ivy I made this one my third attempt at a commission color image 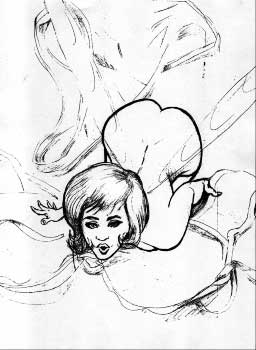 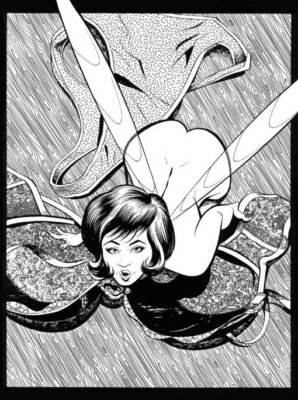 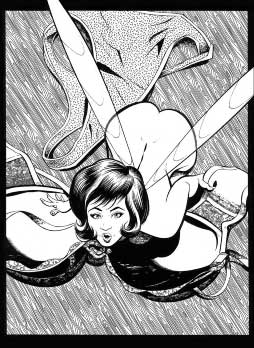 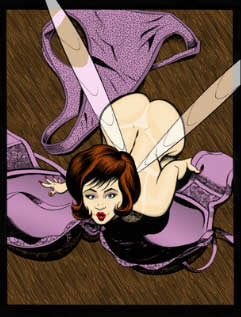 YANG BY FRANCHESCO
Scroll to top