This is Michael Rankins 37th commission inked by me. It’s my 5th Supergirl but my first pencil work by Paul Abrams who I met about 20 years ago at one of the Bernie Wrightson Halloween parties in upper-state New York. This was inked with my usual tools (brush, Pitt brush marker, markers) but also some crayon texture, drybrush and zip for a strip of cosmic background. Some of the shading on Supergirl and her cape were light so I improvised. The client also asked me to adjust her feet so as to not look like they were on the opposite side. I think I succeeded. I completed the 11X17 art on 1-ply board on August 5, 2008. Later, Paul’s art rep Scott Kress sent me a file where he digitally colored the art as seen below. 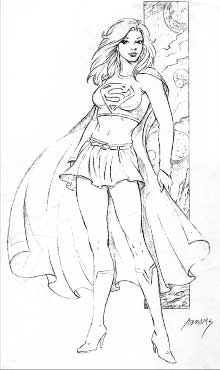 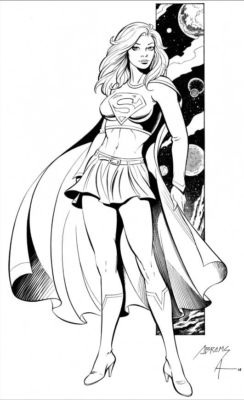 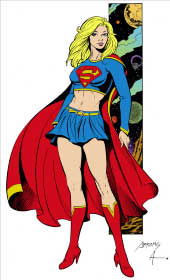