Sal & I tried a different venue which was sketchagraph cards. Using 3 uncut Skybox ‘Silver-age’ blank cards Sal rendered 3 versions of Black Panther which I then inked. They quickly were sold on eBay. Mostly done in brush with some marker (the quill would bleed on the cardstock so I did the flash lines on the ’60s BP with brush). these first BP cards were completed on 7/11/03. 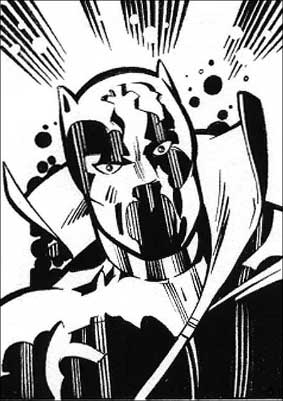 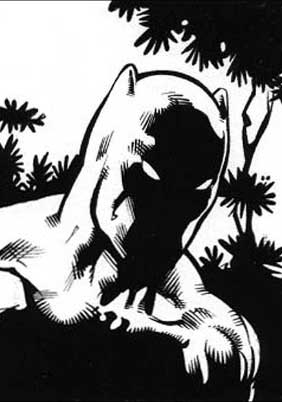 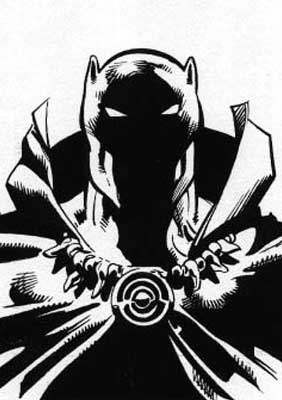 The Black Panther- what I would call the Velluto version starting in 1999.