When Sal was hired as the Black Panther artist he drew up a few samples to prepare for his visual take of the character. The first image below was one of these images which he later sold on eBay. When I registered for the 2001 Heroes Con I needed to come up with a new piece of art for the program book so I got the scanned image from Sal and inked it over a lightbox (image 2 below). I prefer not to ink this way but, at the time, it’s occasionally was necessary.

While Sal & I were starting “Enemy of the State 2” in BLACK PANTHER I suddenly realized that no one had ever designed a national flag for the nation of Wakanda in Panther’s 36 years of existence! So I pestered poor Sal to try to come up with a flag design and stick it prominently on one of our covers or splashes. Unfortunately, Sal didn’t find any good spots to do this and we were running out of time since we were told by issue 43 that our last issue would be 49 and there were a couple of fill-ins coming up as well. Then to our surprise Priest had requested that we come up with a flag in the script to our last issue! Even though Uber-Panther fan Chris Griffen graciously assisted with some flag research Sal wanted to utilize an image harkening back to ancient times. So he decided to use a banner instead of a traditional flag with the design from T’Chaka’s shield. He then asked me to come up with a composition which he would refer to in the final image. My design is the last file below. You can find the adjusted image on pages 2 and 18 of our big finale issue. But as I feared, by not having it prominently on a cover, the future creative teams would work out their own design on a cover that would stick long term. 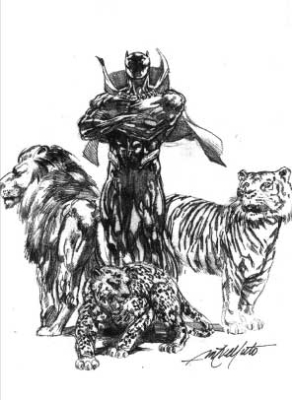 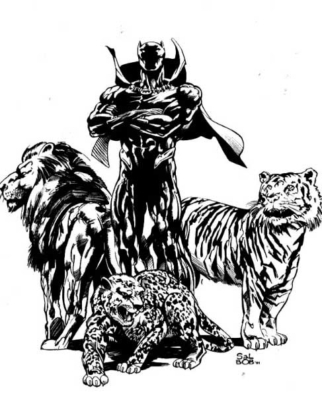 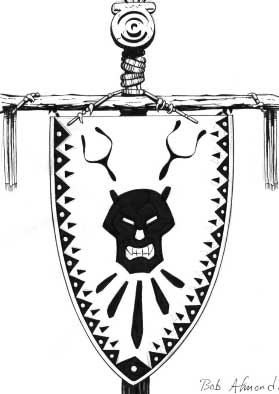