Priest had suggested cover concepts for his “Enemy of the State 2″ arc, originally 4 chapters, one being a Beatles album cover (see the next gallery entry), one being an Iron Man vs. Panther shot and another being a Kirbyesque cover. We decided to use that one to kick off the epic with issue 41. Sal & I talked over the contents of the tribute piece and when Sal submitted his concept sketch, it was rejected for being too retro. While the saga of the cover to BP#41 will be continued in the next gallery piece, this sketch was eventually offered up for auction where an arrangement was made between Sal and the buyer to have the art fully-rendered and inked as a commission. Note that every living ‘Collector’ from Kirby’s run was shown on that cover. Priest planned on using Silas Mourner, Count Zorba and Colonel Pigman in the tale but their roles would up being so trivial they wound up on the cutting room floor due to space limitations which allowed him to focus on Princess Zanda and Abner Little. Had the cover been printed we would have used the title copy from the 1970s, corner box art, etc. as an homage much like our cover to BP#17 which was an homage to Jungle Action #8 from 1974. Our only other printed cover homage was issue 30 which Sal and colorist Tom Smith did somewhat in a Golden-age style to reflect the flashback tale. This commission was completed 4/27/02.

UPDATE: On 8/20/02 my news archives announced that this cover (as well as the Kirbyesque circle art shown within the entry for BP#43) will be printed in The Jack Kirby Collector magazine #37 due to ship November of 2002.” 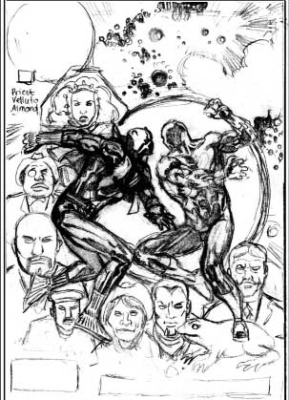 First conceptual sketch by Sal Velluto for the cover of Black Panther #41 which Marvel rejected. 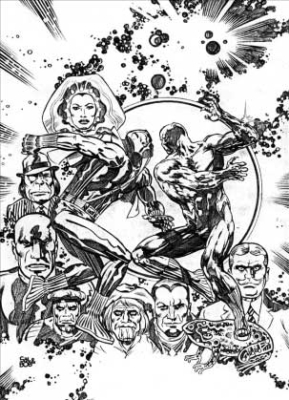 Sal’s pencils for the commission, April 2002. 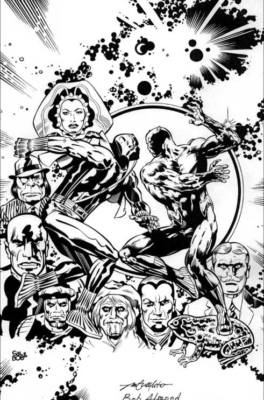 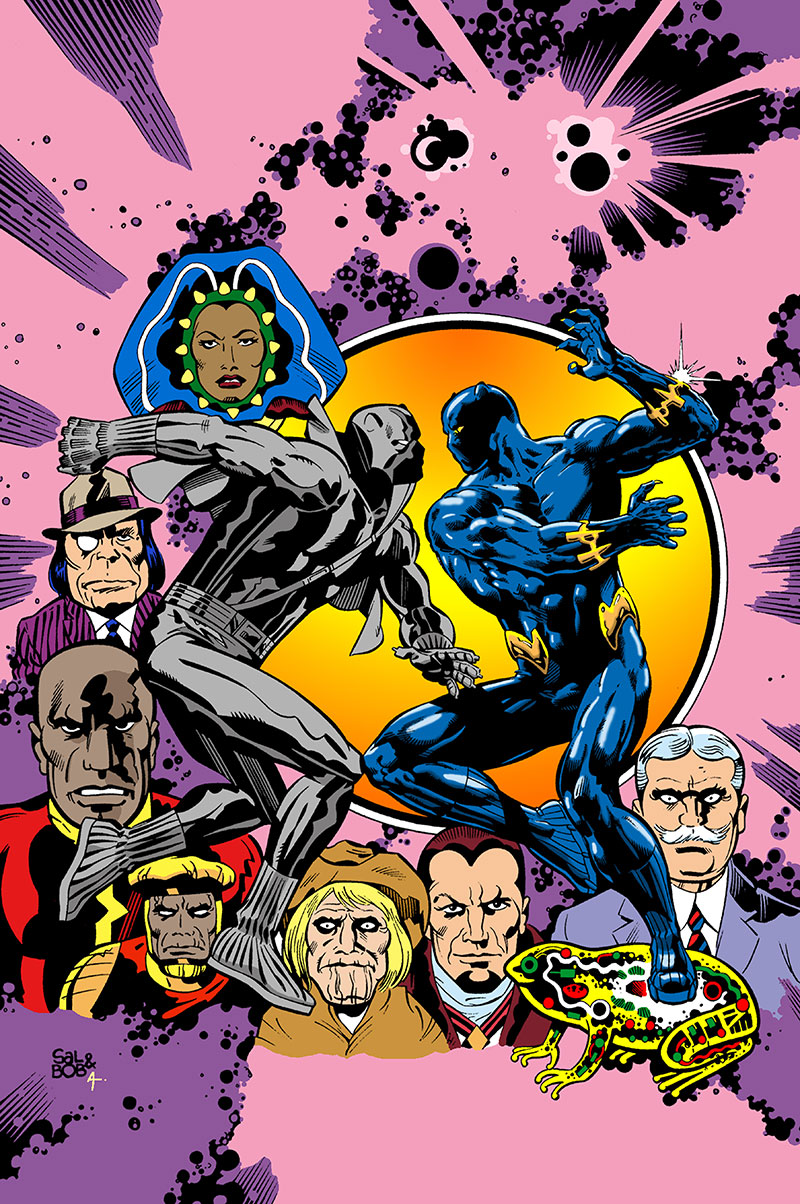 I finally got around to coloring this on 2/5/06. I rendered most of it in flat colors to reflect a retro feel. Only the modern-era Black Panther and the gradient background is fully colored.