Sal Velluto and I were first paired up as an art team on BLOODSHOT#8 at Acclaim Comics on September 1997. There is an interesting progression over the eight issues we did together as I started out thinking mostly in brush until Sal turned me on to using markers and more quill in the work. While the inked work was generally clean in style the later issues were not nearly as slick as the first couple. 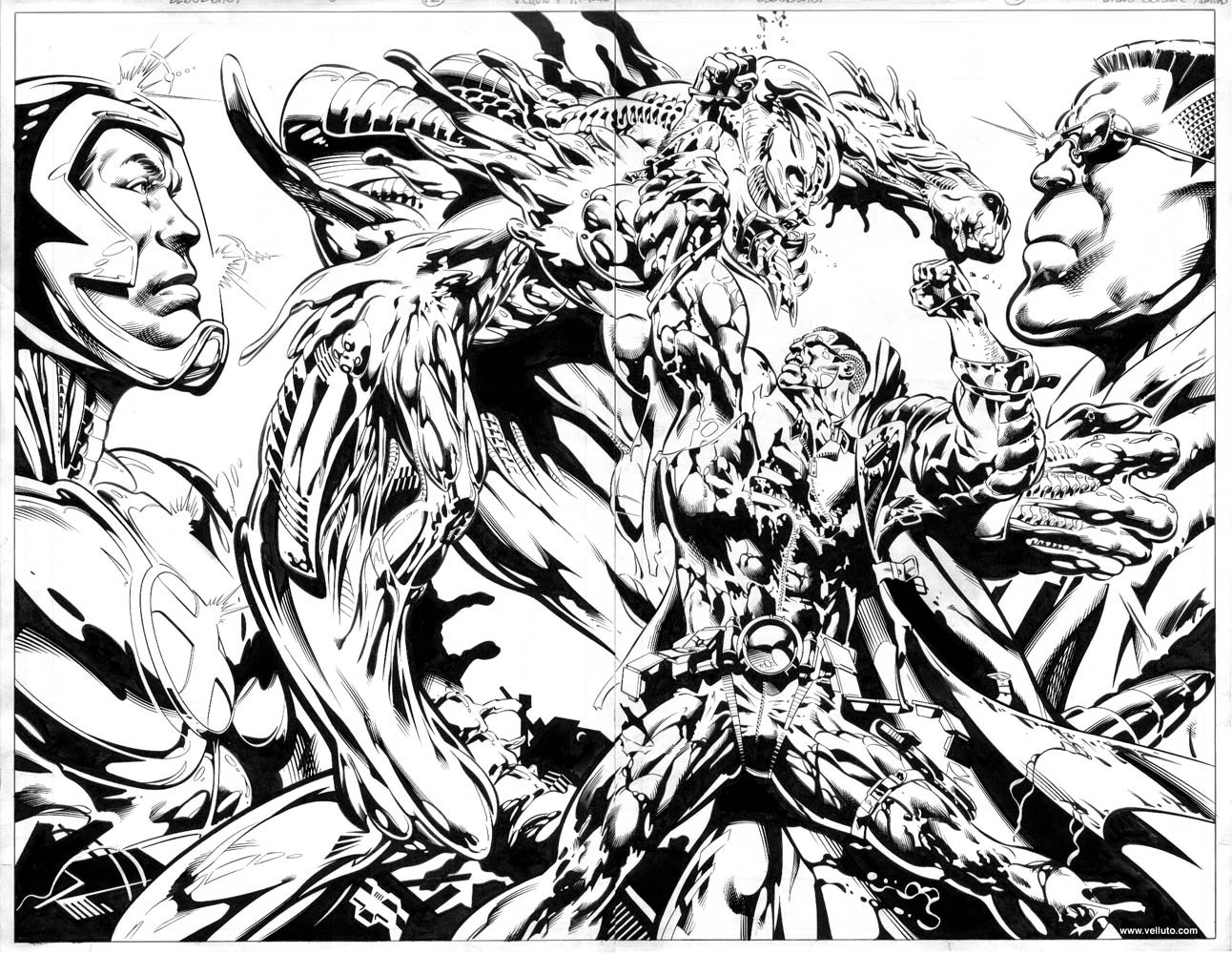